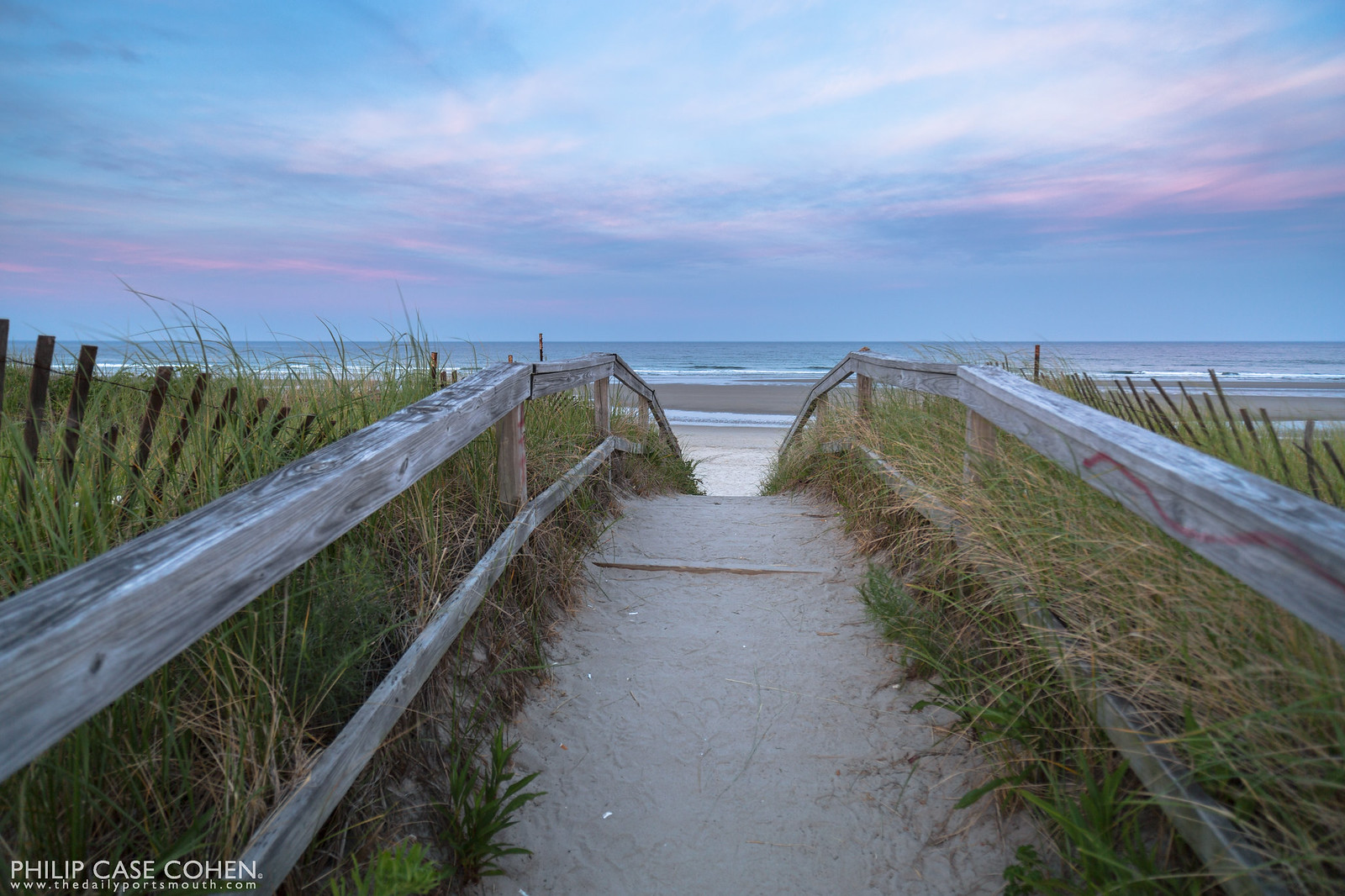 Steph and I took a trip north with our little munchkin to visit some of our oldest friends, who also happen to be the reason we met each other.  Ogunquit Beach at dusk was a magical place after a dinner downtown, with some beautiful pastels in the sky and warm summer air with the refreshing ocean breeze.  I’ve got many more images to share from our little summer getaway that I’m looking forward to sharing! 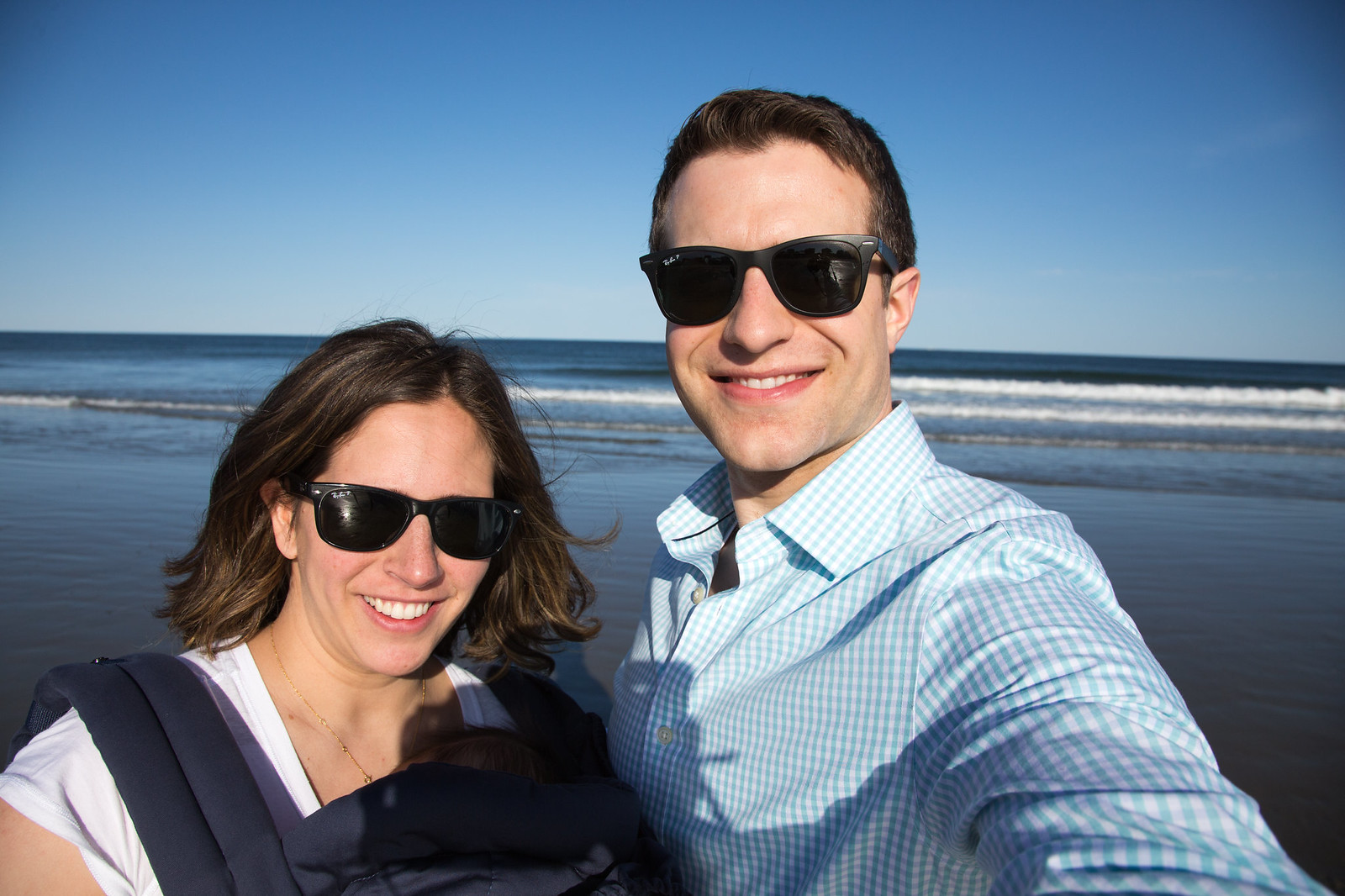 For our first Mother’s Day as a family, my wife and I decided to take Julianna out for a walk at Wallis Sands in Rye, New Hampshire.  It was an absolutely gorgeous warm spring afternoon filled with blue sky and little waves. 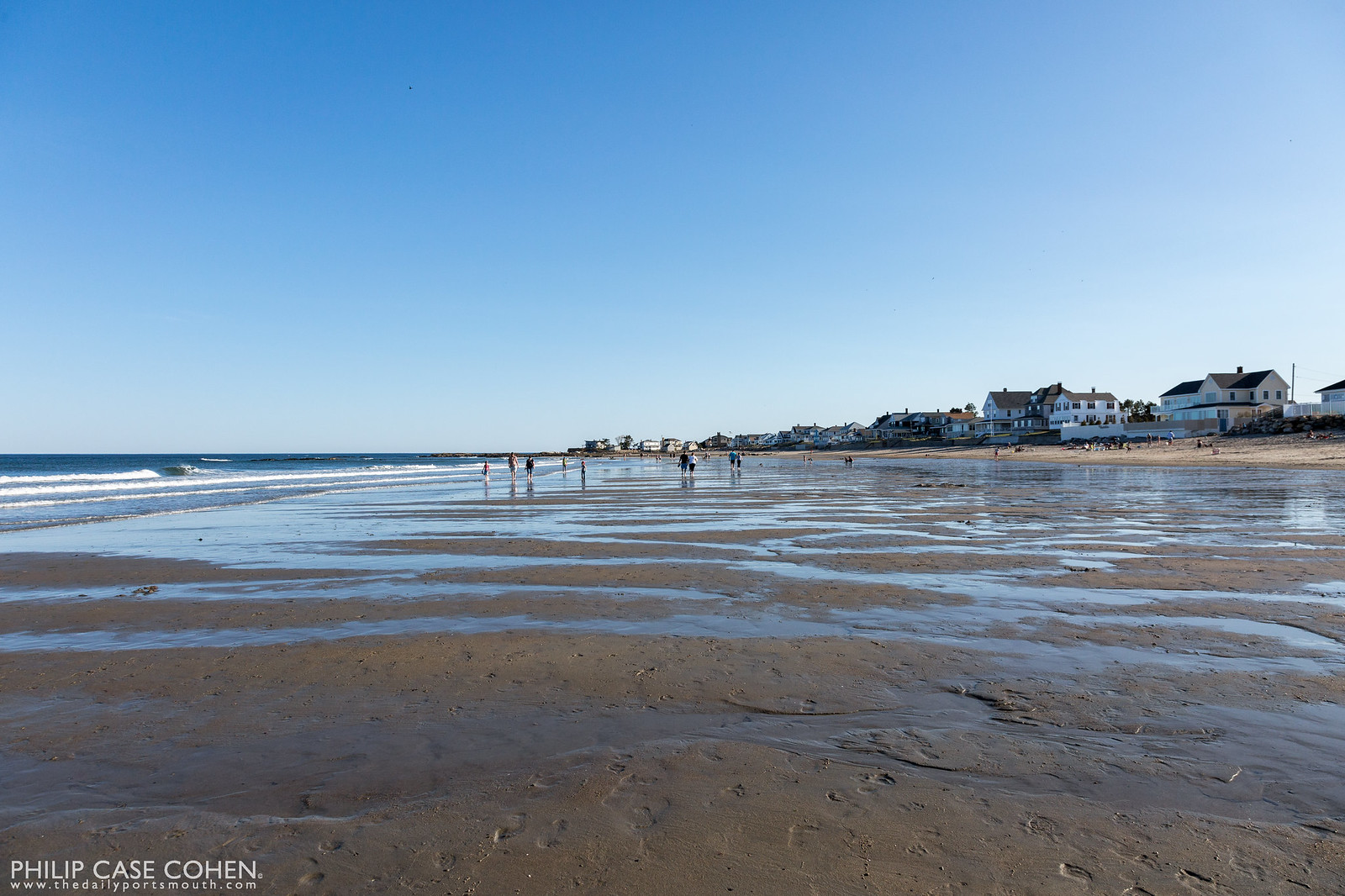 An empty lifeguard chair stands watch over the Atlantic Ocean on Craigville Beach in Cape Cod.  I thought this would be appropriate to share as our beaches here in NH have been seeing an influx of visitors this summer – and nearly all lifeguard chairs I’ve ever seen evoke the same essence of being at the beach.

I have always enjoyed images of tall grass along beach walkways, and stumbled upon this spot while walking in a neighborhood along the beach in Cape Cod.  The sky was a bit more ominous than I would have liked, but this will forever remind me of vacation.

We took a little getaway trip to Kennebunkport recently, and I decided to get up for sunrise to enjoy the beauty of the coastline.  Goose Rocks Beach is a beautiful long white sand beach with a nice vista of the horizon.  The sand at the beach is full of rippling formations from the changing tides, just perfectly kissed by the day’s early sunlight in this image.

As summer vacations come to a close, I wanted to capture the essence one of the things that makes the summers so mesmerizing.  I can remember as a little kid being fascinated by the ocean and the non stop waves that kept rolling onto shore.  The late afternoon sun at Pirates Cove in Rye together with the clear crisp water made for a perfect representation of the ocean water, one of summer’s purest elements.

Watching the tide roll in at the end of the day at Pirate’s Cove in Rye, New Hampshire.

Another beachfront image from the serene coast in Rye, New Hampshire (courtesy of the Hasselblad).  I love the subtle and natural tones of this shot, and the rich contrasty details – all set off nicely by the smurf-blue house with the oceanfront view.  I was going back and forth with what to post for the image today…and decided to stick with this week’s decidedly “water” theme.  I hope you enjoy – and stay tuned for some architecture and streetscape images next week.

The shots aren’t quite polar opposites, but they are coastal opposites.  The shot above was taken on the shore of South Beach in Miami on a warm morning just as first light made its way onto the atlantic coast, probably in the high 60s…and the shot below was taken on the shore of Rye Beach late in the afternoon after a major northeastern snow storm moved past the coast (dropping fresh snow) with temperatures probably in the low teens.  What I’m sure of is the fact that the ocean is mesmerizing regardless of where you’re watching it from, with its sheer immensity laughing off my presence.

The beach is a wonderful place.  I find it a bit more wonderful when it’s not incredibly overwhelming with hundreds of people and cars making their way through town.  This winter scene is from the waterfront at low tide with the peaceful homes on the oceanfront standing watch over the intense winter weather…and all the people when they return.

THE DAILY PORTSMOUTH
Blog at WordPress.com.