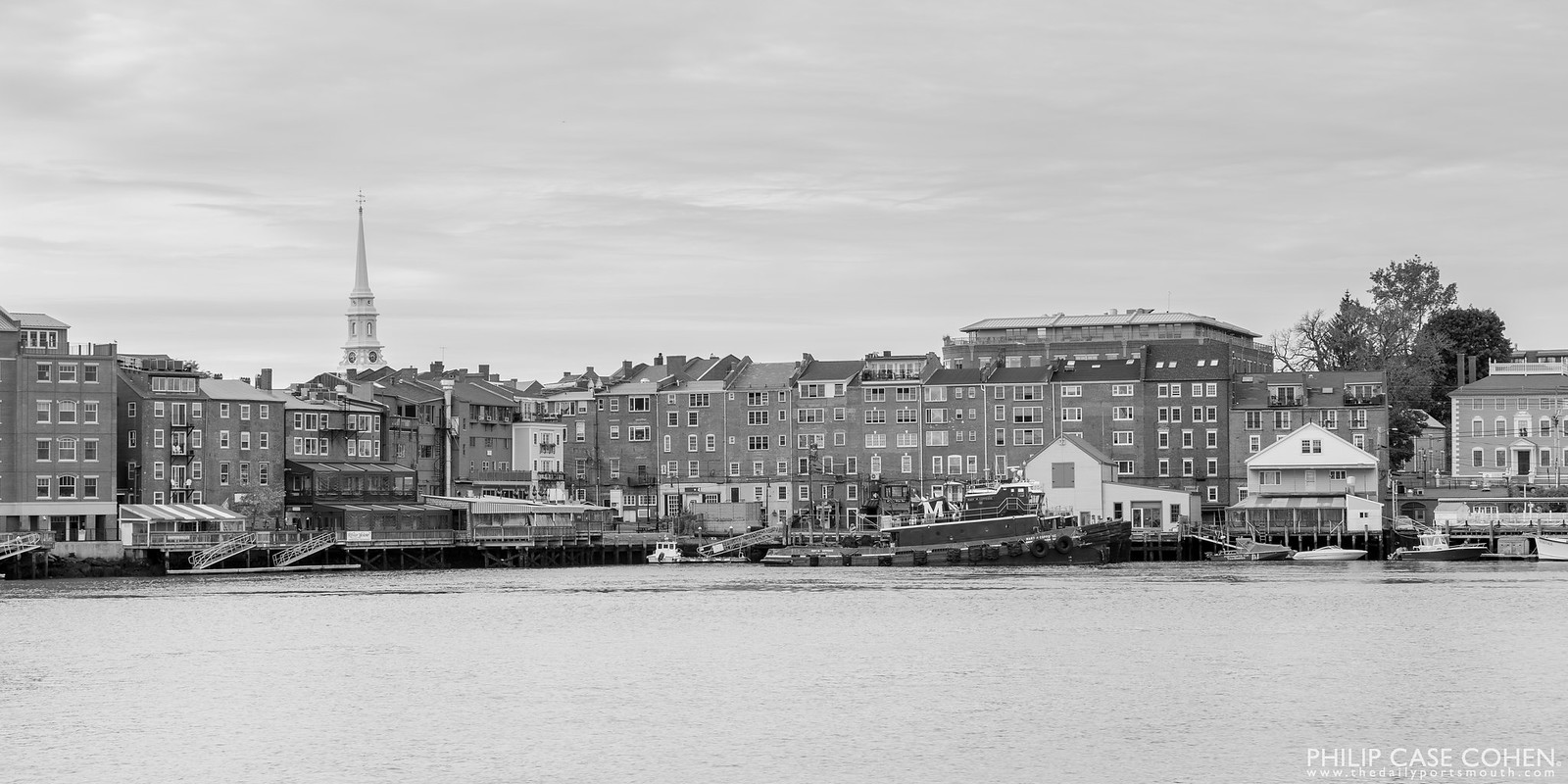 The brick row houses that line the waterfront of Portsmouth along Market Street and Ceres Street are immediately recognizable and easily one of my favorite vistas in Portsmouth.

The season for The Decks is drawing to a close.  The Old Ferry Landing has closed for the year…I haven’t seen many folks down at the River House lately, I’ve seen a few folks at Poco’s in their new covered deck and a few die hards at Harpoon Willy’s still venture out (and rumor has it they’re hoping to stay open through Halloween).

I wanted to take a minute to reflect at the past spring/summer/fall season that saw a lot of changes to the Decks.  The new pavers were put in throughout the alleyway, and looked pristine for a while (now you wouldn’t guess they’re only a year old with all of the grease and traffic they’ve seen), The River House constructed a second story deck and saw another successful year…and probably the most noteworthy change was the shift of Poco’s deck from on the water to against the building.  I’ll always miss the old configuration, but there’s something to be said for eating/drinking in a warmer spot against the building.  It’s opened the area up significantly….check out the shots below, which was taken last September just before the old structure came down. Quite an evolution for this little part of town.

Today’s post features a view of the Moran Towing tugboats and a portion of The Decks from a different vantage point.  This is the first time I’ve posted anything shot from the Middle Bridge (the Sarah Long Bridge) in Kittery, Maine.  Visible from the skyline is the 100 Club, the steeple of the North Church, the rowhouses of Market Street, and many other familiar landmarks.

This spot is truly fantastic, and I imagine there will be plenty more stops during various sunsets with some beautiful results.

As I’ve written about lately, and as you’re probably aware, there are some big changes going on at The Decks this spring season.  The City finally started a beautification project, replacing brick sidewalks on Ceres Street – putting in new drainage and stone walkways in The Alley.  The biggest part of the project is the switcheroo, with the Poco’s deck being moved against the building (a two-story deck now as opposed to the single-story)…and a public area going in where Poco’s old deck was located. Above (and in the last shot) you can see the guts of the old area, with the Old Ferry Landing visible to the right (which will now have unobstructed tugboat views)….in the last shot you can see the rebar being put into the ground to support the new structure, along with a crescent moon hanging over the Market Street rowhouses. The second shot below is the upstairs portion of the new Poco’s deck…I’ll post a view of the lower portion soon…but in the meantime, upstairs is open for business!